SoundCheck is a complete system for testing and measuring Smartphones and Tablets from the R&D lab to the production line. It measures all audio parameters for the speakers and microphones in the finished devices, as well as measuring sound quality to TIA standards.

SoundCheck can measure all the audio in a smartphone or tablet, both in terms of measuring the speakers and microphones before they are incorporated into the product, AND for testing the complete finished product. Here we will focus on measuring the complete product; please see the pages on loudspeaker / microspeaker and microphone testing for more about how to test these components as part of an incoming QC program.

Measuring the audio on a finished smartphone or tablet can be challenging as their inputs and outputs of the speakers and microphones are buried in electronics and not easily accessible. However, SoundCheck can make transducer measurements on such devices provided that you can get the audio test signal file onto your device, for example by embedding it into the device software for recall as part of the test, or simply recording it via the device’s microphone. This avoids the need for expensive cell station simulators, hugely reducing the cost of your test system. In addition, with SoundCheck’s sequence editor making production line testing easy and repeatable, and a wide variety of test signals within SoundCheck, it is possible to carry out extremely fast production line testing of cellphones and tablets. As well as standard loudspeaker and microphone tests such as frequency response, distortion, sensitivity, polarity, rub and buzz, etc., SoundCheck also measures to telephone test standards such as TIA-810 and TIA-920, enabling all the audio on your cellphone to be tested.

While this sounds daunting, it is not a problem in SoundCheck. Signal path calibration overcomes the input and output being in different domains. Re-sampling and frequency shift post-processing options compensate for different sample rates and phases, and finally, the auto-delay analysis option compensates for a variable delay between input and output.

In short, any test that SoundCheck can carry out on a stand-alone loudspeaker or microphone can be made on a closed loop, playback only, or record only device such as a smartphone, tablet, network audio device, digital voice recorder and more. 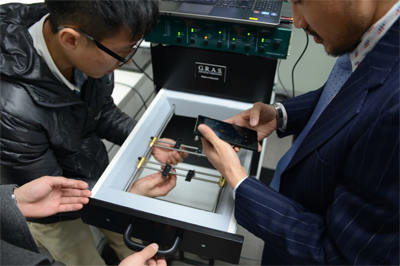 SoundCheck is the ideal tool for R&D smartphone and tablet testing because it is able to test every aspect of the finished device, from the loudspeaker and microphones to industry-standard telephone tests. Features include:

More about SoundCheck for R&D

SoundCheck can carry out comprehensive R&D tests of all audio components of tablets and smartphone including:

Record measurement on smartphone or tablet 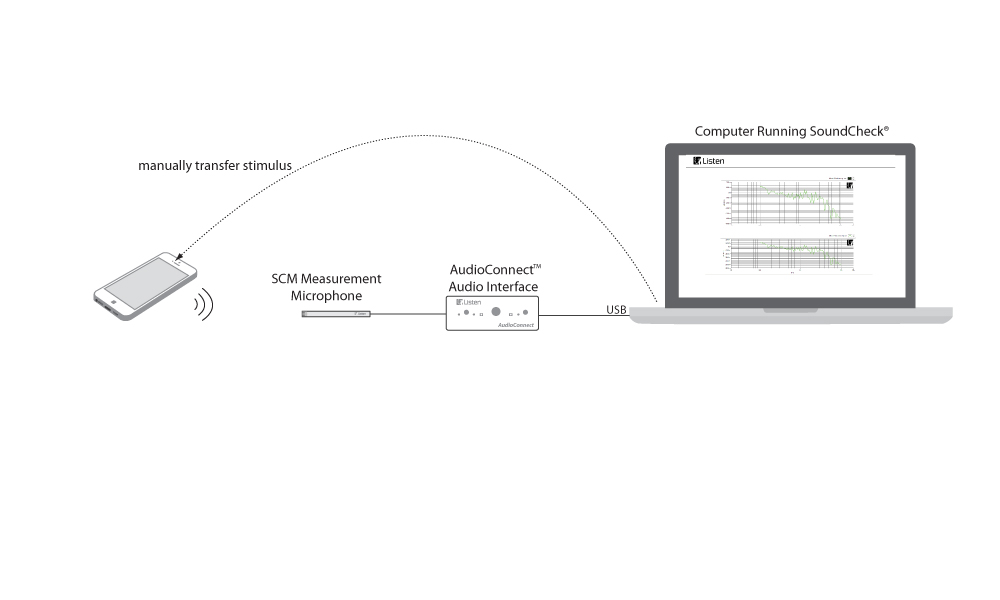 Playback measurement on smartphone or tablet

More about SoundCheck for Production

SoundCheck can carry out comprehensive production measurements of all smartphone and tablet components and finished devices including:

Below are two test setups, one for playback (speaker test) and one for record (microphone test) measurement. 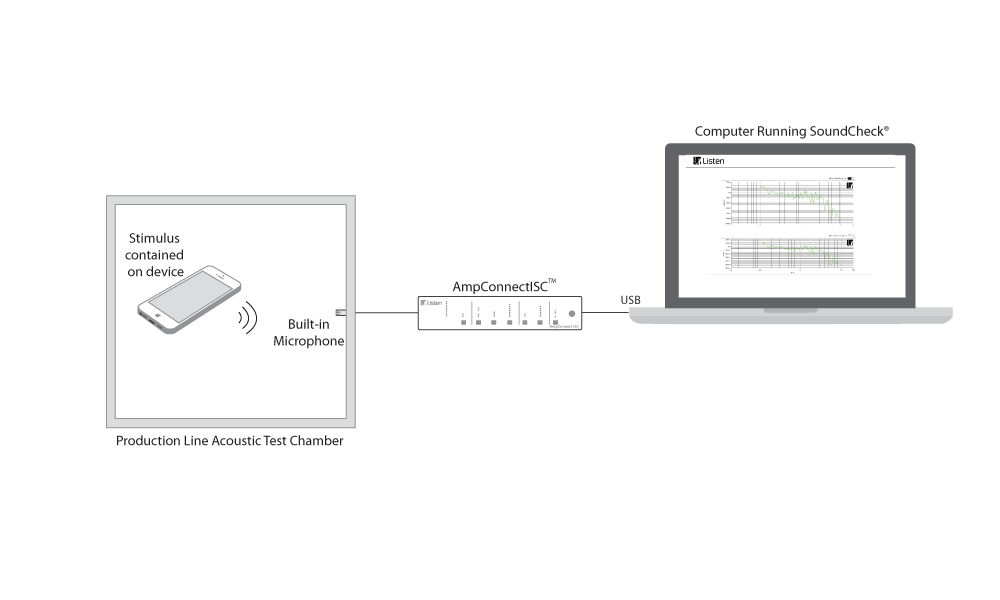 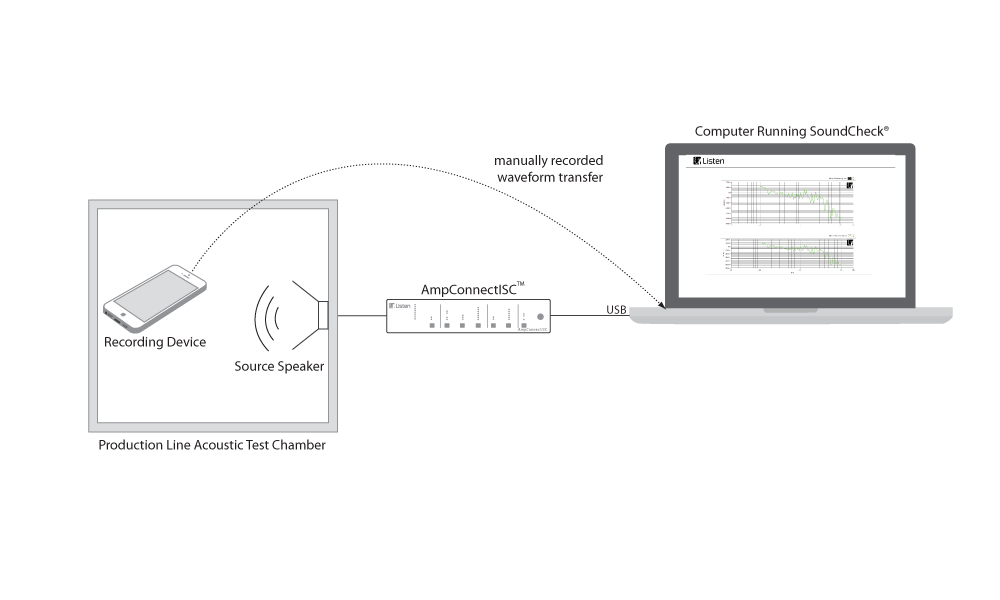 Examples: How do our Customers use SoundCheck for Measuring Smartphones and Tablets?

These are just some of the loudspeaker measurements that our customers are making: