We are excited to announce a complete system for testing of smartphones, tablets, and Bluetooth speakers on the production line.

Soundcheck, combined with the new GRAS production line acoustic test chamber offers the acoustic isolation needed for these tests combined with the speed, flexibility and performance of SoundCheck. The test chamber is robust and user friendly, and is designed to offer fast, accurate and repeatable results in automated production environments. It is very flexible – easy fixture adjustment to accommodate a variety of different devices and positions, and ensures that the test chamber can be re-used for different projects. Naturally it will integrate seamlessly with SoundCheck.

Listen, Inc. is pleased to announce that it has received CE Mark approval for its SCAmp Audio Test Amplifier. Specifically designed for the audio test market, the SCAmp incorporates several features unique to the needs of audio test and measurement, and unnecessary features found in regular audio amplifiers have been eliminated to keep production line operation simple and error-proof. It integrates seamlessly with Listen’s SoundCheck audio test and measurement software and also works with other brands of test system for reliable audio tests both in the R&D lab and on the production line.

Launched last year, the product is already receiving positive reviews from customers for its ease of use, low distortion and accurate measurements. Its unique measurement circuit is patent pending and has been the subject of technical papers presented at Audio Engineering Society (AES) and ALMA conferences.

Listen president, Steve Temme commented, ‘We are excited to have this approval. It will certainly facilitate sales of SCAmp in the European Union and other countries that recognize or require this approval.’ 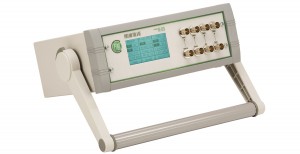 The new PIO-9216 programmable serial audio data interface provides a simple and direct connection between circuit board components such DSP’s, DAC’s, ADC’s, CODECS , etc. and your audio test system. This enables accurate testing of devices that use the I2S, Left Justified, Right Justified and TDM audio data formats. This capability is valuable in the R&D lab for evaluating and de-bugging circuit board designs, and is also common on the production line, for example, for testing / QC of circuit boards before installation into a device. The interface works with any audio test system and can be computer controlled from within SoundCheck or via an external program. 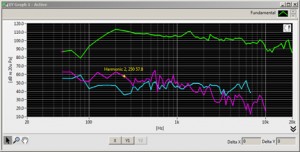