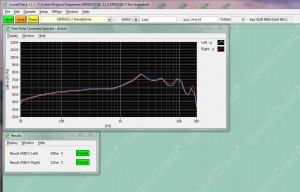 These two sequences follow the test standard detailed in EN50332-2 for measuring the maximum levels of portable music players and earphones/headphones. This section of the standard covers the individual testing of the devices rather than the combined testing that is detailed in -1. Note that the physical setup and connections will be different between the two sequences. Please read the hardware and calibration sections of this instruction carefully.
The sequence for testing the music player involves loading a weighted pink noise stimulus file (as specified by IEC 268) onto the portable device and playing it through the headphone jack (connected to a 32 ohm load) at the player’s maximum volume. The RMS voltage is averaged over 30 seconds, and the result must be less than 150 mV.

The first part of the sequence uses the electrical loopback from the amplifier to measure the amp’s gain using the IEC weighted pink noise file. This result is stored and applied as calibration data to the subsequent measurements.
The headphones are positioned on a head and torso simulator (HATS). First, two signal generators play the noise file while the signal is monitored through the ears on two multimeters. This allows the user to position the headphones to produce maximum output.

Next, two signal generators play the IEC weighted pink noise file at a level of 50 mV while the signal from each ear is recorded, and a 1/3rd octave curve is analyzed. An A weighting is applied to the curves, as well as a free field correction for the HATS. The values between 20 Hz and 20 kHz are summed to indicate the overall weighted sound pressure level. The ratio between stimulus level and sound pressure level is used to calculate the stimulus level required to produce 94 dBSPL at the ears. The standard refers to this value as the wide band characteristic voltage or WBCV. The WBCV for each headphone must be greater than 75 mV. 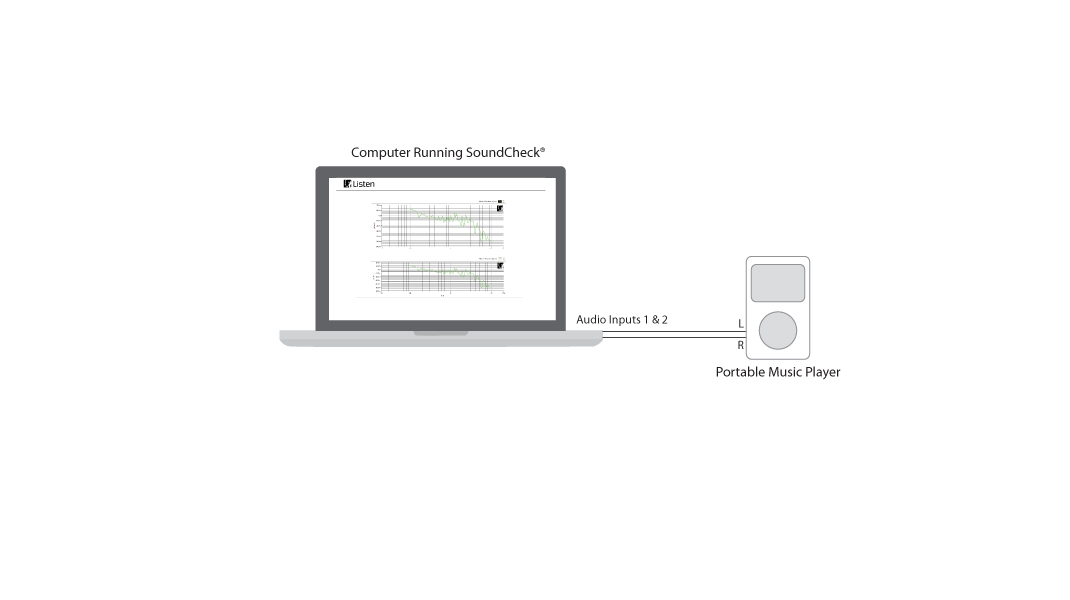 Setup for the music player sequence 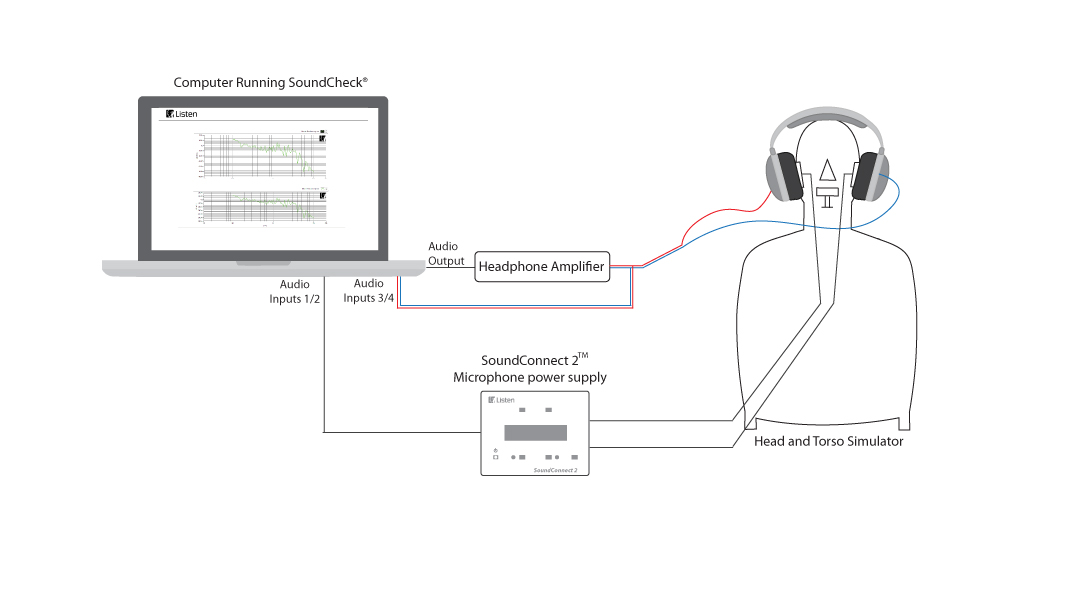 Setup for the headphones sequence

Note: Run the sequences directly from their exported folder rather than importing them into SoundCheck.

This sequence is available to purchase from Listen and its worldwide network of sales representatives. Please contact your local representative for pricing information.