A sequence to test the send and receive performance of a stereo Bluetooth headset with a built-in microphone using a mixture of analog and digital channels. 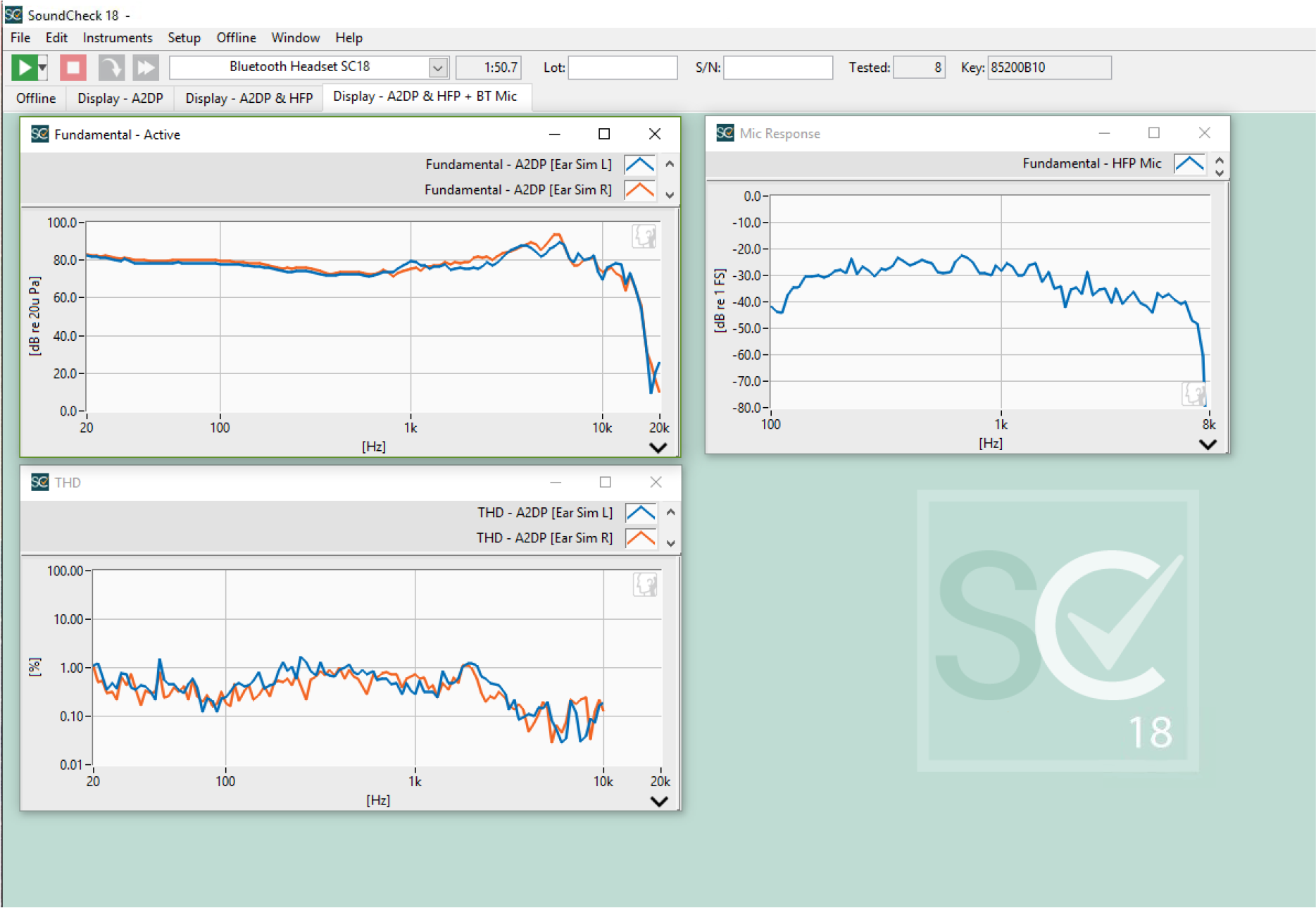 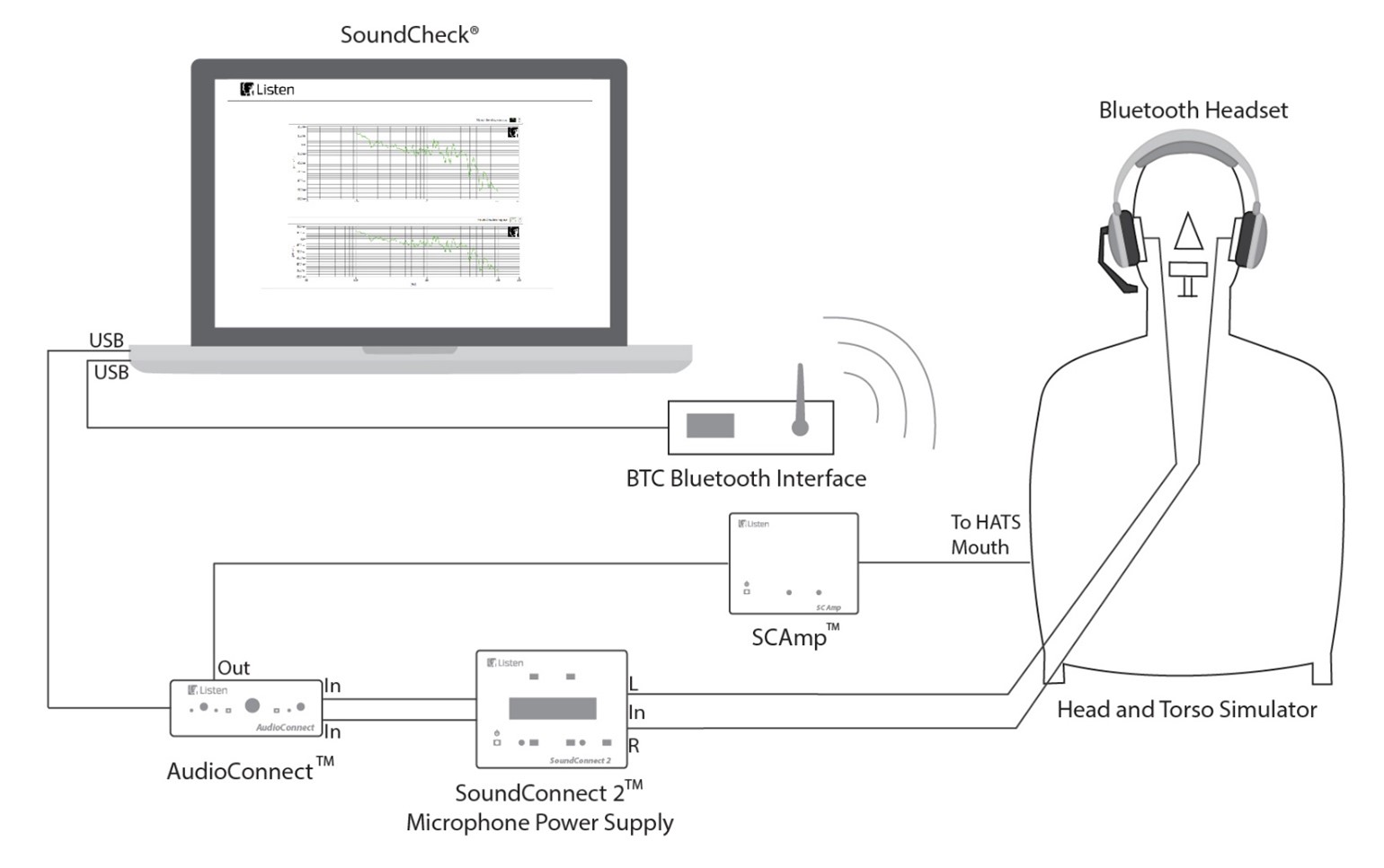 SoundCheck’s Digital In 1 and Digital Out 1 Signal Paths should be assigned a Unity Digital (AES17) sensitivity value (input sensitivity: 0.707 FS/FS, output sensitivity: 1.414 FS/FS) for device that conform to the AES17 Standard.