A test sequence that uses Listen’s Perceptual Rub & Buzz algorithm to measure only those defects audible to the human ear. 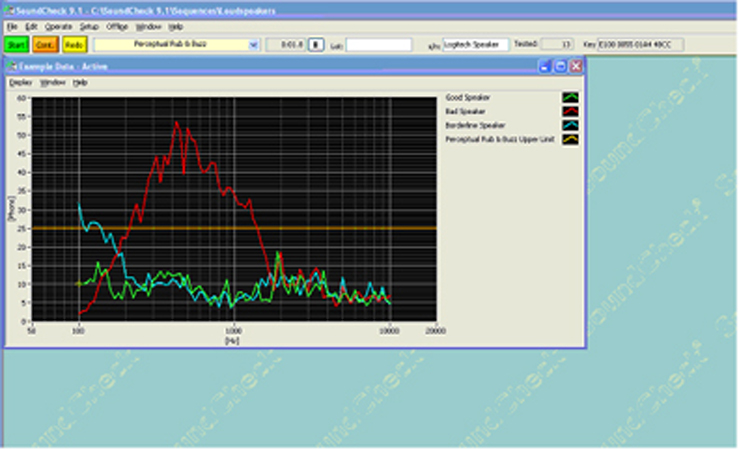 This sequence demonstrates the Perceptual Rub & Buzz feature in the analysis editor. PRB measures distortion based on human hearing models and masking curves. This results in a distortion measurement that more accurately represents listener perception. The output of this option is a curve that displays distortion in Phons (a unit of loudness) versus frequency. For more information on the Perceptual Rub & Buzz algorithm, read the AES paper written by Steve Temme and Pascal Brunet. It is available for download here.

The sequence begins with a prompt that gives the user the option to load example data from disk or run a new measurement. Example data can be viewed even if the Perceptual Rub & Buzz module is not enabled on the system. If the user chooses to run a new measurement, a stepped sine sweep from 20 kHz to 50 Hz is played, and the frequency response and PRB are measured and displayed. The perceptual distortion curve is measured against a limit of 25 phons across the frequency band.

Initial testing shows that the threshold of audibility for perceptual distortion to be around 20 phons. In practical application, this value should be adjusted depending on the device under test. Varying amounts of distortion may be acceptable in a product depending on its characteristics and target application.

The example data in the sequence shows the perceptual distortion curves for a good, borderline, and bad speaker of the same model. The recorded time waveforms from these tests were also stored and saved as WAV files in the sequence folder. Listen to the WAV files on a high quality pair of headphones to hear the varying levels of distortion in the speakers, and see how this is reflected in the perceptual rub & buzz curves. 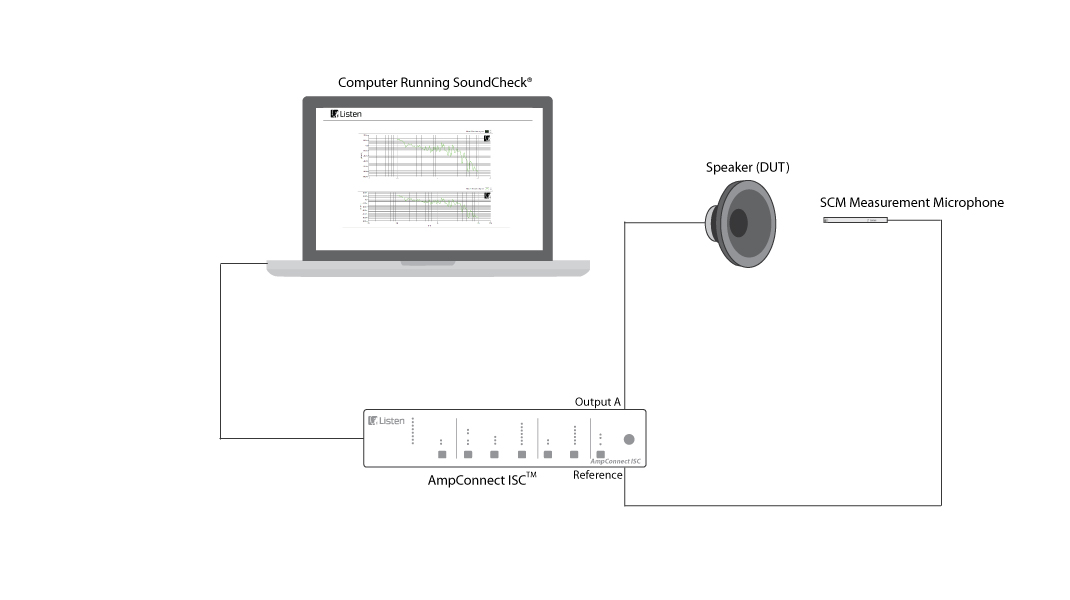