A sequence to test a stereo headphone connected to a portable audio device such as a mobile phone or MP3 player. 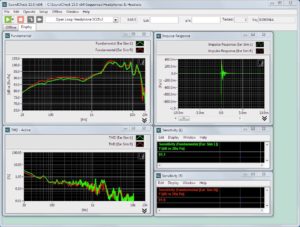 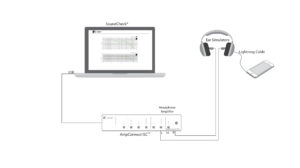