A test sequence specifically written for the LinearX LT360 turntable 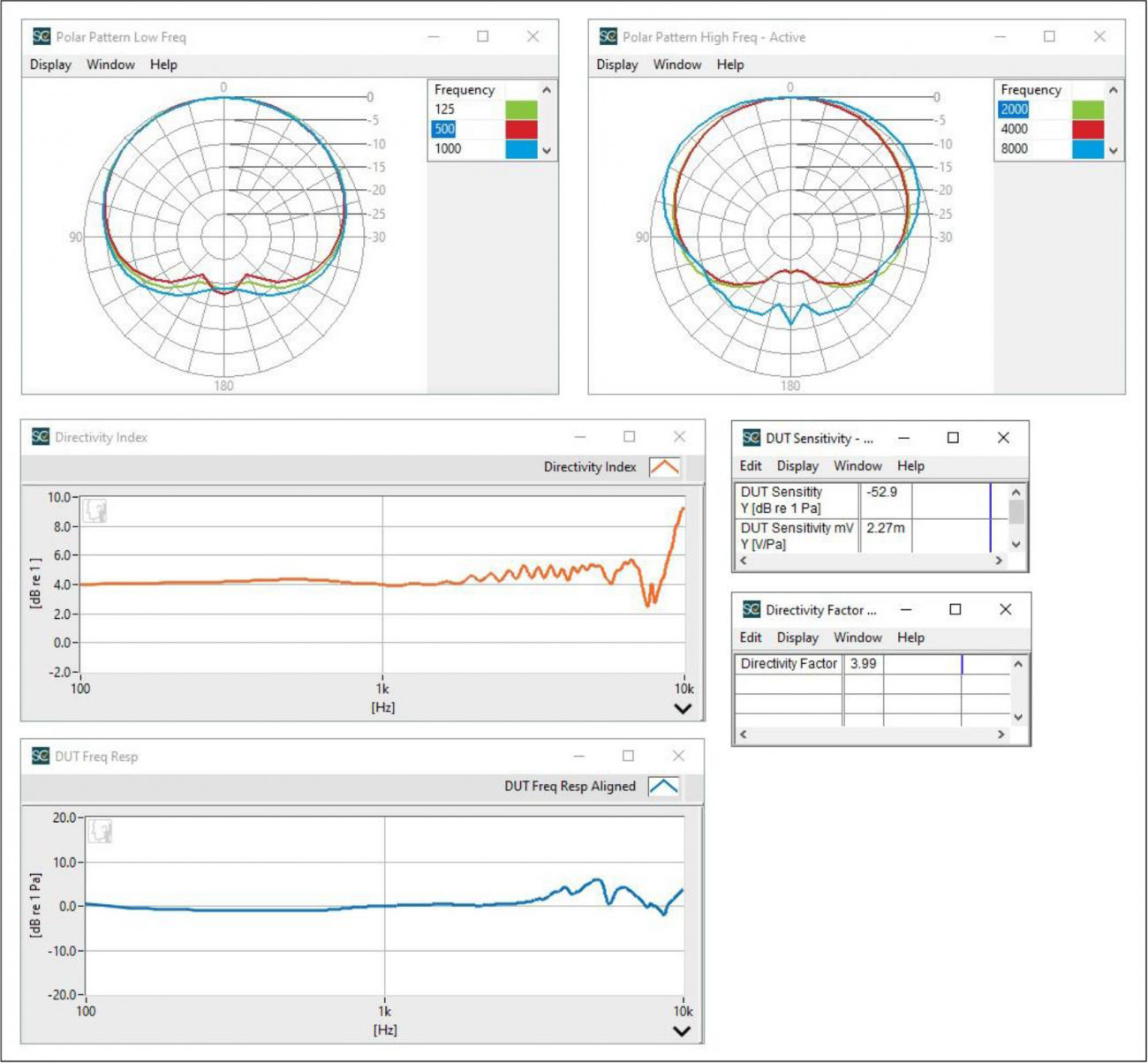 This sequence measures the directional response of a microphone and graphs the result as a polar plot.   A log sweep stimulus is played from 100 Hz to 10 kHz at each angular increment, and the acquired waveform is analyzed using the Time Selective Response algorithm.  This method allows the test to be performed in a non-anechoic environment by placing a window around the direct signal, eliminating the influence of reflections.  Commands are sent automatically to the LT360 turntable via an RS-232 connection, instructing it to move in 10 degree increments after each measurement.  The sequence measures the response every 10 degrees from 0 to 180 and mirrors the polar image, which simulates a full 360 degree polar and saves test time.   The response at each angular increment is compared against the on-axis response to create a normalized curve.  This removes the influence of the device’s frequency response and sensitivity, such that the polar plot only shows the directional response.  The final display also contains a graph of the directivity index in decibels versus frequency.

If testing past 20 kHz an AudioConnect 4×4 audio interface and SoundConnect 2 microphone power supply are recommended. 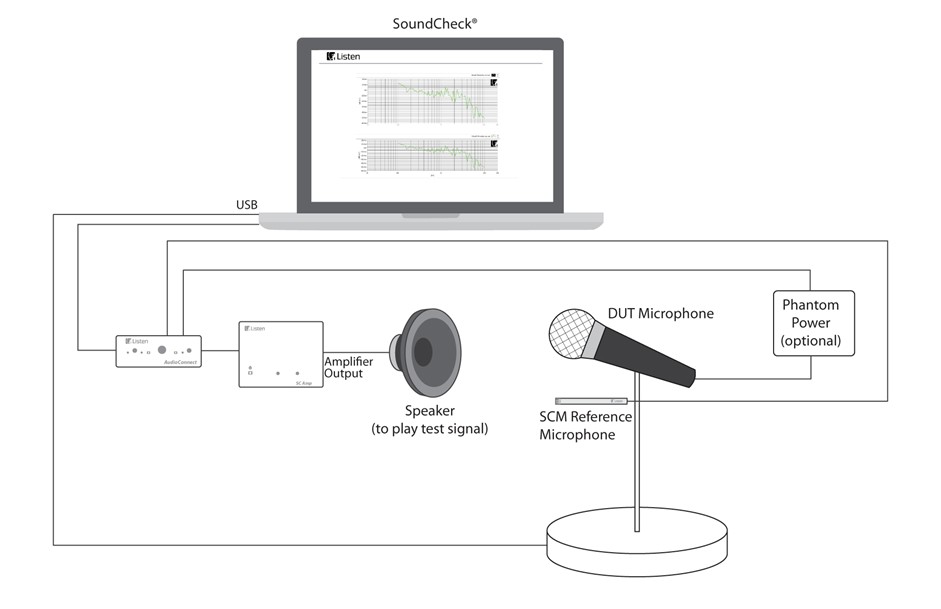