The principle is first to create a multitone stimulus waveform with SoundCheck and transfer it to the MP3 Player to be tested. 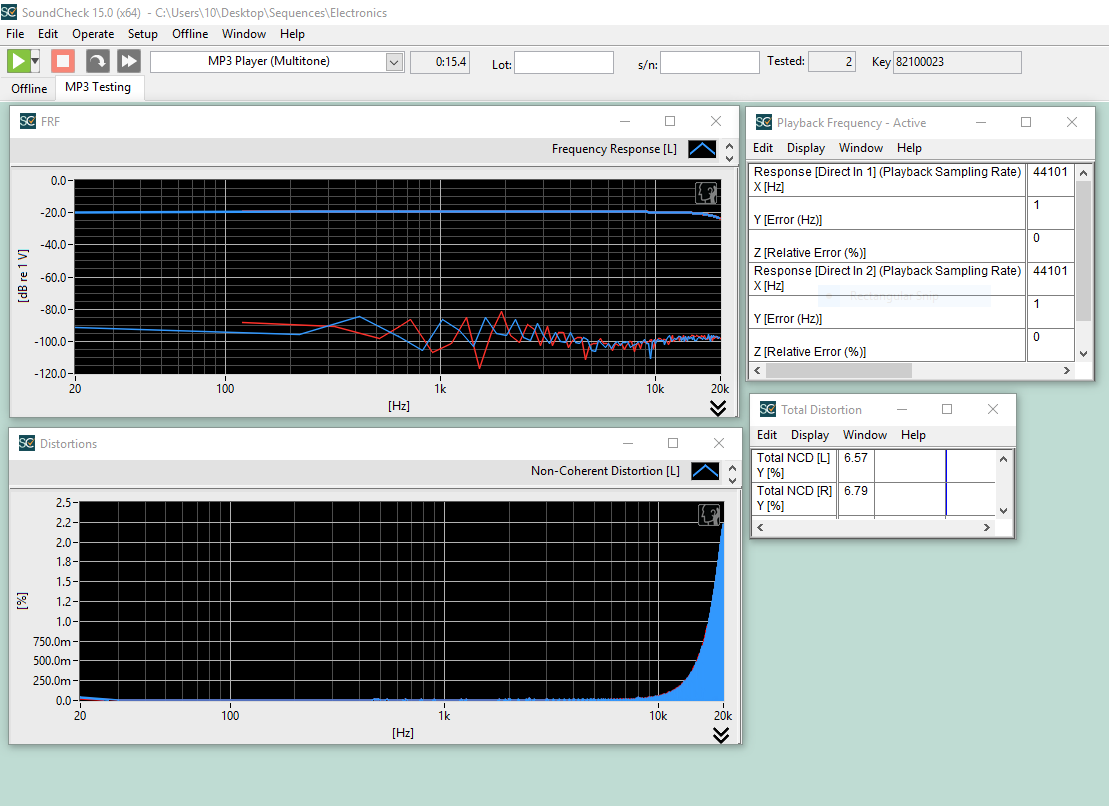 This waveform is then played back, to be acquired and analyzed by SoundCheck. Both Left and Right channels are acquired at once. The acquisition is made easy by using a trigger on one input channel.

The analysis is done by comparing the genuine stimulus and the play-back, using a cross-spectrum technique that provides the FRF, Cross-talk and Non-Coherent Distortion.

The cross-talk between channels is measured by playing simultaneously two different multitones for Left and Right channels with interleaved frequencies, and making a cross-analysis between channels (e.g. finding in the right response the contribution of the left stimulus).

Due to inaccuracies of clock frequency, the play-back sampling rate is often different from the Soundcard recording sampling rate. Therefore, in SoundCheck, the recorded time Waveforms are frequency shifted as to obtain a perfect match between stimulus and responses. This frequency correction is performed on both channels before the Analysis steps. The exact playback sampling rate is displayed.

The Sequence can be measure the MP3 player on the WAV or the MP3 file playback. The MP3 playback will yield a poorer FRF and more distortion, due to the lossy compression.

Load the WAV produced with SoundCheck on the MP3 Player. Connect the L and R output of the player to Inputs 1 and 2 of the audio interface.

This sequence is available in the Sequences folder of your SoundCheck installation.