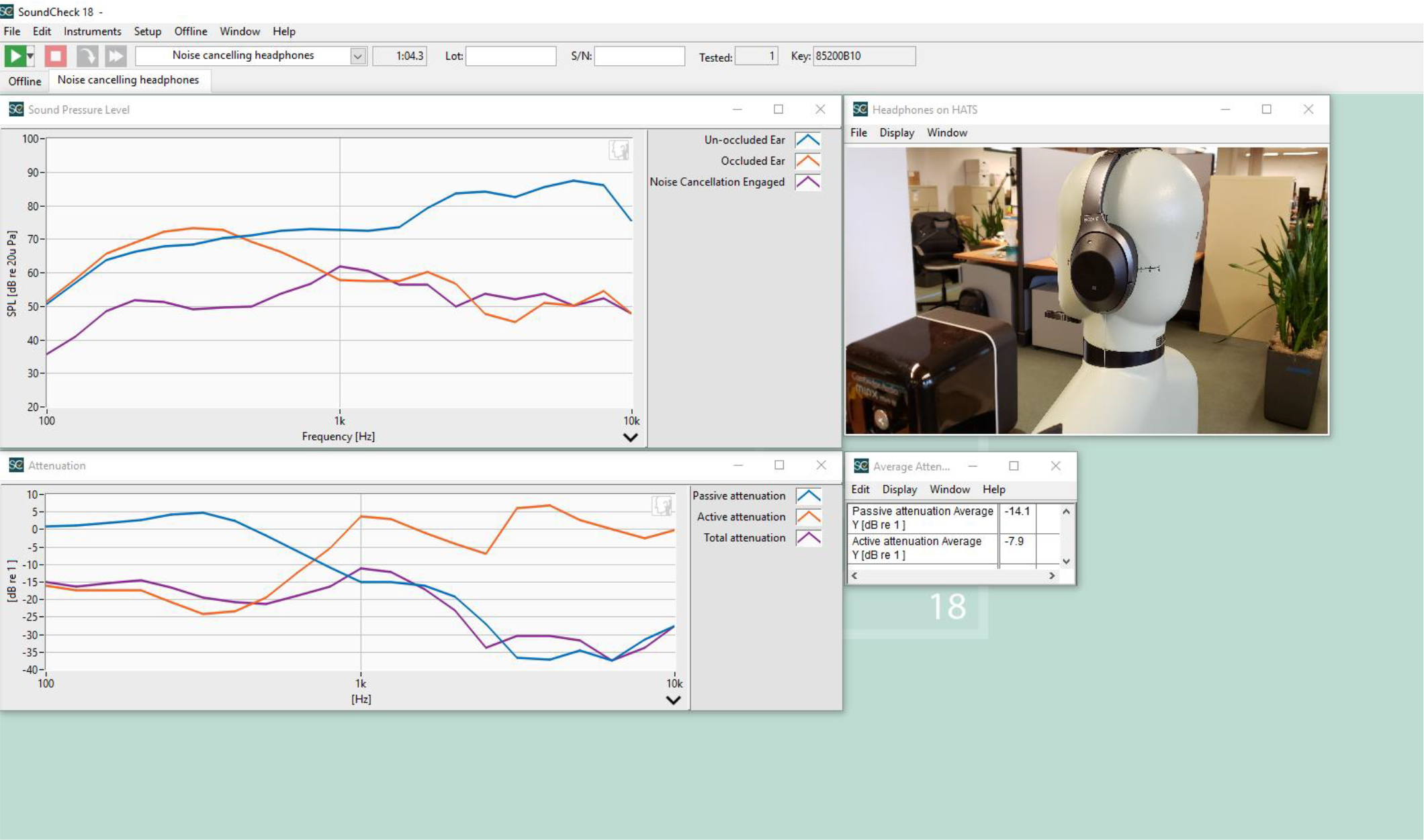 To calculate these metrics this sequence performs three separate measurements using a Head and Torso Simulator and a small speaker which serves as a noise source. The alternative to using the small speaker would be to use a diffuse background noise environment with multiple speakers playing uncorrelated noise. This is a far more complicated arrangement and would require additional steps in the sequence.

The sequence begins with an option to load example data from disk. If the user selects ‘No’ a message will appear instructing the user to leave the HATS ears open with no headphones in place. A 10 second pink noise signal is played through the loudspeaker, and the signal at the HATS ear is analyzed with an RTA analysis step. This 1/3rd octave spectrum is called the un-occluded ear measurement. Next the user is prompted to place the headphones on the HATS but leaves the noise cancellation turned off. The pink noise signal is once again played, and the RTA spectrum is called the Occluded Ear measurement. Finally, the user is instructed to turn on the headphones noise cancellation, and a third round of the pink noise is played. This final RTA spectrum is called Noise Cancellation Engaged.

Two graphs are displayed at the end of the sequence showing both the three original measurements and the three calculations derived from the measurements. A table also displays the average of the Passive and the Active Attenuation curves.