A test sequence for measuring a microphone on a device such as a smartphone or tablet where there is no direct connection between the microphone and the computer. 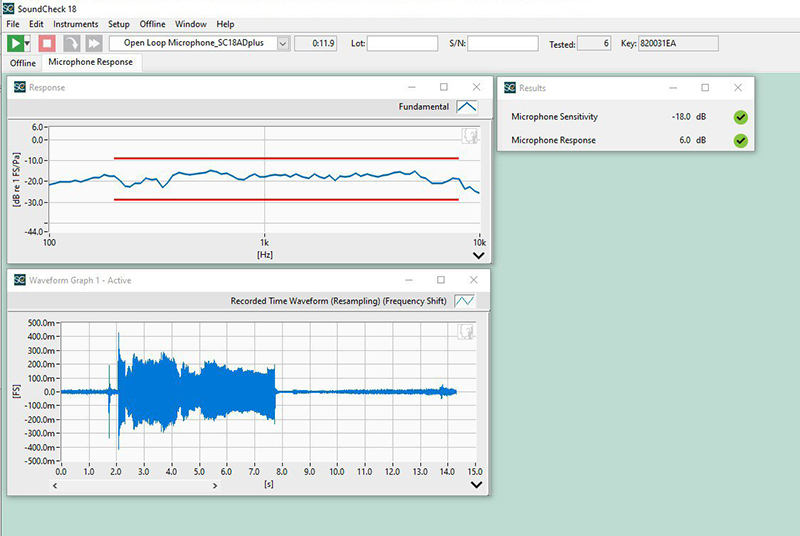 The sequence begins by the operator being prompted to begin recording on the device under test and then a stepped since sweep is generated from 10kHz through a source that has been previously calibrated to produce 1 Pascal across the sweep range. Next, the operator is prompted to transfer the recording to the computer and then load the file in to SoundCheck via a Recall step.

From here the recorded signal is sample rate converted and frequency shifted to match the stimulus and then analyzed with a HarmonicTrak analysis step, which calculates the response curve. A post processing step is used to extract the level at 1 kHz, yielding the sensitivity value. Limits are set around both the frequency response and the sensitivity. The default limits values should be adapted to your particular device.

The final display shows two graphs. The top X-Y graph displays the data at its absolute level in dBFS/Pa (since the imported recording is digital, the results will be in FS or dBFS rather than Volts or dBV). The lower graph shows the windowed recorded signal analyzed by the software. In addition, the calculated sensitivity at 1kHz and the frequency response margin is also displayed.