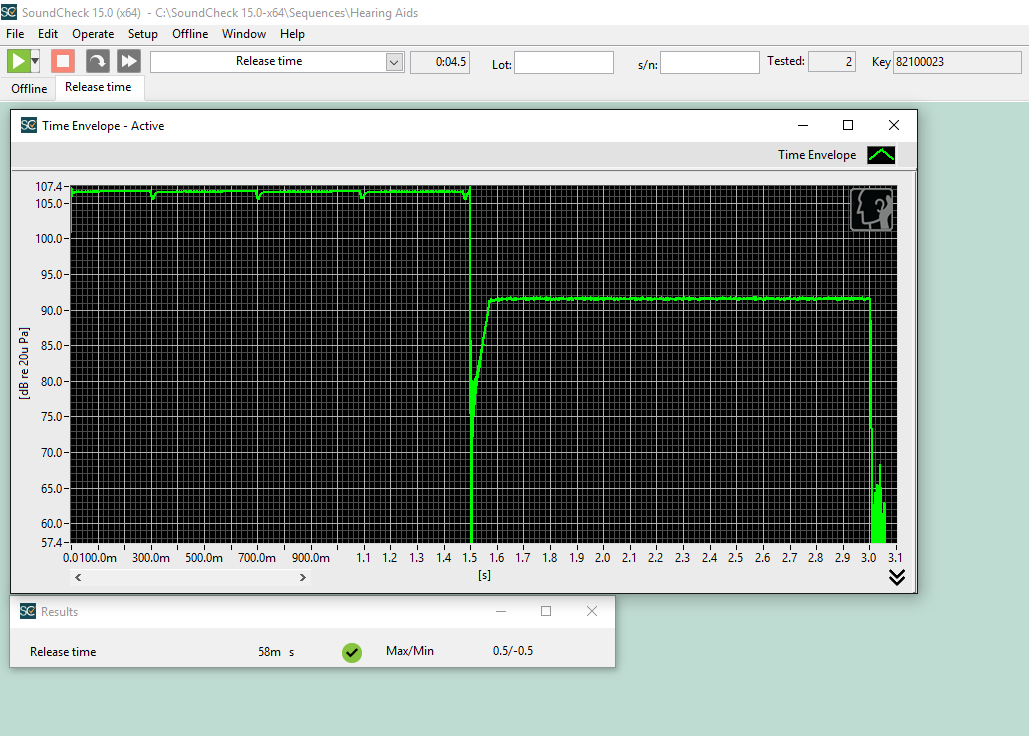 This sequence follows the ANSI S3.22-1996 standard method for testing the release time of AGC (automatic gain control) hearing aids. A 2 kHz sine tone is played at 90 dBSPL for 1 second and then immediately drops to 55 dBSPL for 2 more seconds. A band limited time envelope (1.5-2.5 kHz) is created and then run through a post processing step, which calculates the release time. It does this by calculating the time it takes the device to stabilize within 4 dB of its steady level.

A limit step is in place to check the release time value, but the exact numbers need to be altered in accordance with the manufacturer’s spec and the tolerances in the standard. For more information, see section 6.15.2 of the standard. 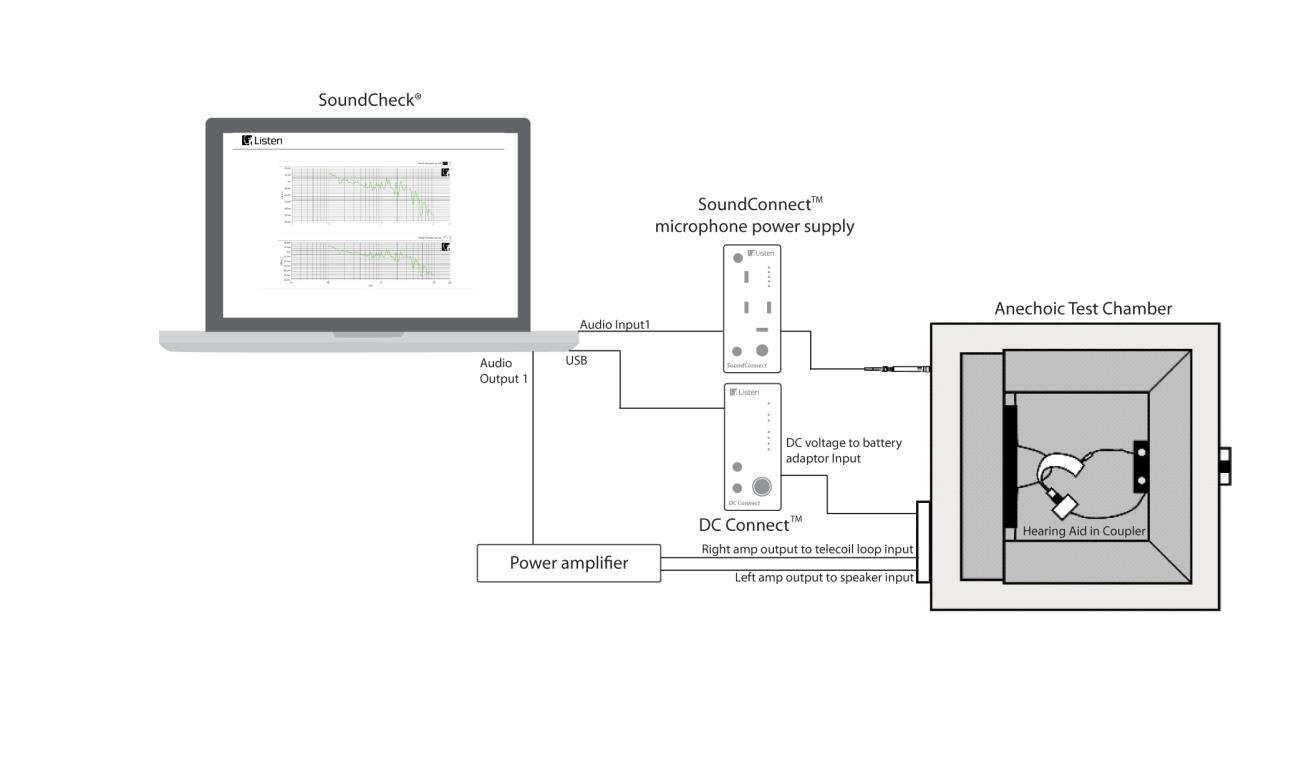 This sequence is included in the Sequences folder of your SoundCheck installation.