A test sequence that allows you to test devices without an analog input such as tablets, cellphones and MP3 players. 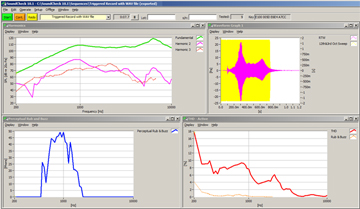 This sequence allows you to test devices without an analog input such as tablets, cellphones and MP3 players. A stimulus WAV file is created in SoundCheck, and copied to the device under test, where it is played and the response recorded in SoundCheck as if the stimulus were played directly from SoundCheck.

The stimulus WAV file to be used on the device under test (DUT) may be customized in the stimulus step. The sequence default is a stepped sine sweep from 10 kHz to 200 Hz. The waveform of the stimulus is saved as a WAV file in the memory list. This file will have the same sample rate and bit depth as set in the hardware configuration (in this case, 44.1kHz, 24 bit). By default, the WAV file is automatically normalized to 0 dB FS in the autosave step, so the stimulus level is not important.

Mode: Record
Record: Triggered
Time (sec): Must be set to slightly longer than length of original stimulus sweep plus the Trig. Offset.
Input Channel: Set to Reference Mic
Trigger Level: Set according to background noise and playback level from DUT
Trigger Unit: Set to dB or Pa according to your preference
Trigger Channel: Set to Reference Mic input
Trigger Offset (sec): Sets the amount of time that the Acquired Signal is shifted, relative to the point at which it is triggered.
Slope: For triggering on WAV files this should be set to positive
Time Out (sec): Amount of time sequence will wait for trigger before stopping

Display
The waveform window in the display shows the stimulus waveform as well as the recorded time waveform (RTW). This can be used to make sure the stimulus is well within the start and stop time of the acquisition step.
Jitter and playback sample rate of the DUT can also be displayed.

This sequence uses a simple loop back on the sound card channels assigned to Direct In/Out 1 & 2 to make electronic measurements that illustrate the use of the various Virtual Instruments. Playback of noise and WAV files with the signal generator are acquired via the multimeter, FFT and RTA instruments to show how the steps could be used. The sequence uses message steps to explain what is being done in each of the subsequent acquisition steps. 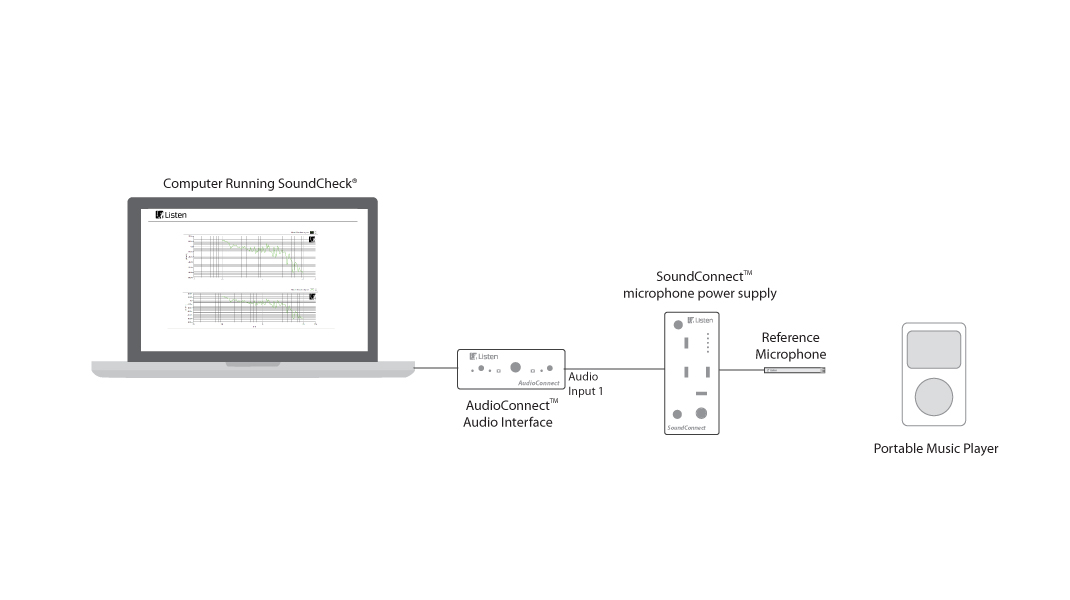 Note: if you are using SoundCheck version 16.1 or later, there is a new Frequency based trigger sequence which offers a more robust method of carrying out this type of test – get the sequence here.