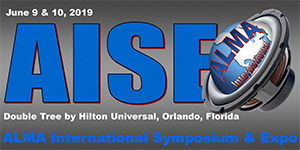 This years AISE (ALMA International Symposium & Expo) will be held on June 9-10 in Orlando, FL. Listen will be showcasing its suite of audio measurement equipment for measuring smart speakers, wearables, smart home audio, hearables and automotive audio, as well as conventional transducers such as loudspeakers, headphones and microphones.

In addition to exhibiting, Steve Temme will present a half-day seminar on smart speaker testing. This informative and educational seminar will discuss the challenges of testing smart devices such as smart speakers, smart home devices, wearables and more, and demonstrate various methods of testing such devices. Steve Temme will also present a paper on testing smart hearable devices, and Les Quindipan will demonstrate automotive audio testing using the Mentor A2B interface with SoundCheck. 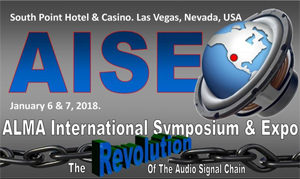 This year’s AISE (formerly knows as the ALMA Winter Symposium) will focus on ‘The Revolution of the Audio Signal Chain” and Listen will be showcasing its suite of audio measurement equipment for measuring smart speakers, automotive audio, headphones, smartphones and tablets and more.

We will be exhibiting the new Version 16 of our SoundCheck software, demonstrating how flexible is for testing all types of audio devices, regardless of signal path. We will demonstrate how we can test both the speaker and microphone array performance of an internet-enabled smart speaker, and also how we can test a variety of headphones with different signal paths, such as USB, Lightning and noise-cancelling and high resolution headphones. 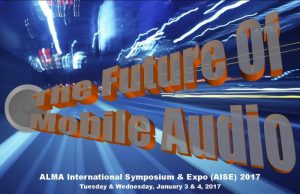 This years AISE (formerly knows as the ALMA Winter Symposium) focus will be on ‘The future of mobile audio” and Listen will be showcasing its suite of audio measurement equipment for measuring automotive audio, headphones, smartphones and tablets and more.

Listen will be exhibiting at ALMA’s AISE Symposium on Jan 3-4, 2017. In keeping with the symposium’s theme on mobile audio, we will be demonstrating the flexibility of the SoundCheck system for several different headphone measurements including lightning headphones (open loop test), high resolution headphone testing and production headphone testing using the GRAS 45cc production test head.

Steve Temme will also be presenting a paper co-written with Patrick Denis at Nissan Technical Center North America, Inc. on In-Vehicle Audio System Distortion Audibility versus Level and Its Impact on Perceived Sound Quality, and Les Quindipan will be leading an exhibitor demo session on open loop measurement of lightning headphones. 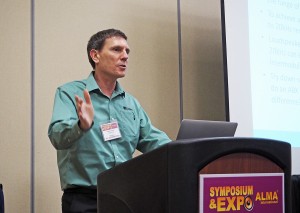 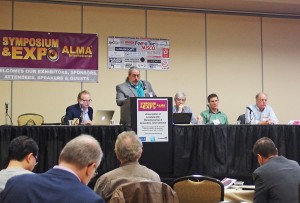 Listen will be exhibiting at the ALMA Winter Symposium at the Tuscany Hotel in Las Vegas on Jan 4-5 2014. The ALMA show, immediately before CES is a small conference focused on the Loudspeaker, headphone and microphone marketplace, with an excellent selection of training, papers and seminars from industry-leading experts. Listen will showcase its complete range of test hardware, demonstrate the soon-to-be-released SoundCheck 13 (see above) and invite you to participate in a headphone listening challenge.
Steve Temme will present a paper entitled ‘Advances in Impedance Measurement of Loudspeakers and Headphones’, which discusses a novel electrical circuit that offers single channel impedance measurements with similar accuracy to complex dual channel measurement methods, which is expected to become popular for high throughput production line measurement. Dan Knighten will present a tutorial entitled ‘A Practical approach to measuring MEMS microphones’. In this presentation, he will include a basic overview of MEMS microphones and their applications followed by practical demonstration of measurements.